September’s birthstone is the regal sapphire. Most tend to believe that sapphires are always a rich blue colour, however, this beautiful gemstone can be found in a spectrum of colours - apart from red (as this is known as ruby).

The sapphire got its name from several ancient languages. It stems from the Greek word sappheiros, for the island of Sappherine where sapphires were discovered in ancient Grecian times, the Arabic word safir, and the Latin word sapphirus which means blue.

This highly sought after gemstone is traditionally used to celebrate the 45th wedding anniversary and has become increasingly popular as an engagement ring choice.

How sapphires are formed

This beautiful gemstone is created like most other naturally occurring gems, through different shifts in heat and pressure and chemical changes that take place within the earth. This means that typically, sapphires can be found in metamorphic and igneous rocks.

Sapphires can be found in a large spectrum of colours and are forms of the mineral corundum. In fact, it is only the red variety of the mineral corundum that isn't classed as a sapphire and this is what we know as the ruby. Sapphires are made of mostly aluminum oxide and it is the addition of other elements that gives each gem their unique colour. For the popular blue sapphire it is the presence of titanium and iron elements that create the signature blue shade.

Sapphires are one of the most durable gemstones, after the diamond, which makes them very valuable. They rate as 9 on the Mohs Scale of Hardness, making them perfect for jewellery that is designed to be worn every day.

Where in the world

Sapphires are a very valuable and prized gemstone. The largest source of sapphires worldwide is Australia, other places they can be found include Cambodia, Madagascar, Sri Lanka, Thailand, Myanmar (Burma), and Montana in the US.

In ancient Rome and Greece, Kings and Queens believed that blue sapphires could protect them from harm and detract from the envy of others. It was also thought that the gemstone suppressed negative thoughts and considered an emblem of strength and power. In recent years, sapphires have been thought to represent kindness, good judgement and loyalty. They are one of the most popular coloured gemstones for engagement rings and bridal jewellery, possibly due to the fact they symbolise loyalty and trust.

Sapphires have long been associated with royalty and there are plenty of iconic pieces adorned with the beautiful gemstone. Possibly one of the most spoken about today is the Duchess of Cambridge’s incredible sapphire and diamond engagement ring. This noteworthy design was given to the Duchess by Prince William and was originally worn by his mother, Princess Diana.

There are plenty of other very notable designs, such as Queen Elizabeth II’s famous diamond and sapphire set that was given to her by her father (King George VI) for her wedding. Princess Diana was also a fan of sapphire pieces and was often spotted wearing a beautiful sapphire and pearl choker at special events.

This beautiful gemstone seems to attract celebrities too with the likes of Elizabeth Hurley, Gwyneth Paltrow and Penelope Cruz, all seen wearing a sapphire engagement ring at some point.

If you were born in September you may be pleased to discover that a lot of famous faces share the same birth month as you. Celebrities such as Beyonce, Colin Firth, Idris Elba, Salma Hayek, Tom Hardy and Gwyneth Paltrow are among the many who share the sapphire as their birthstone.

People born in September are said to be charismatic, persuasive and very hardworking. It is thought that the combination of these traits tends to make them overachievers.

Sapphires are one of the most durable naturally occurring elements. This is why they are commonly used for industrial purposes, for example, the Apple Watch, features lab-created sapphire glass in its screen.

They can be discovered in a large spectrum of hues with the rarest being a pinkish-orange variety called padparadscha. Princess Eugenie’s engagement ring is adorned with this spectacular variety.

Blue sapphires have been associated with royalty for a long time and this is one of the reasons there is a colour called “royal blue”.

If you are searching for a piece of jewellery to celebrate either your own or a loved one's birthday this September why not peruse our selection online. 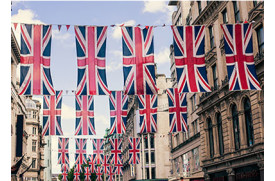 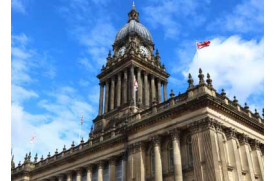